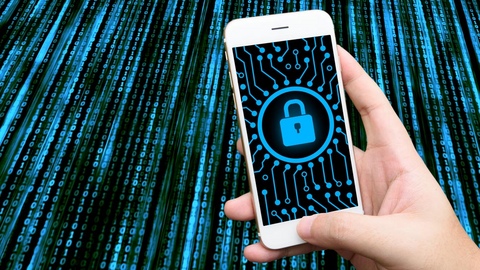 Last week, the NCA announced that over 800 people were arrested across Europe and the world after French and Dutch authorities intercepted messages on “EncroChat“, an encrypted messaging platform. The National Crime Agency (“NCA“) have been leading efforts in the UK, hailing “Operation Venetic” as  the broadest and deepest ever operation into serious organised crime.

Encrypted phones – or “Encrophones” – are mobile devices that use sophisticated algorithms to prevent messages or phone calls being read or listened in to if they are intercepted. Encrophones offer high levels of privacy.

To be clear; Encrophones are not illegal, and being in possession of an Encrophone is not a criminal offence.

EncroChat is a company that sold custom-made, encrypted handsets. These phones have private messaging applications and are capable of making calls that are not traceable using conventional ‘Cell-Site’ technology (to locate the handset). These phones had their GPS, camera and microphone removed and had the ability to have all its data deleted by entering an emergency PIN-code. EncroChat operated a subscription service which could cost their users as much as £1,600 per month and are popular with high net worth individuals and celebrities.

The EncroChat system was hosted in France. French and Dutch authorities launched a joint-operation to successfully infiltrate the system. They collected intelligence on the users of EncroChat, and discovered that many users appeared to be organised criminals; brazenly engaging in criminal enterprise from the transportation and sale of drugs to ordering killings and co-coordinating violent criminal acts.

Reports indicate that the police had been using the intelligence harvested from their surveillance of the EncroChat system to apprehend organised criminals, using the intercepted messages to execute targeted raids and arrests while taking great care to not give away the source of their information. This all came to an end on the 13th June 2020, however, when the operators of the EncroChat platform discovered the hack, and sent a warning to all their subscribers that their privacy may have been compromised.

European law enforcement agencies have seized a large number of Encrophones, and have made some 800 or so arrests – including arrests of corrupt law enforcement officers. It is estimated that £54million in cash has been seized as the proceeds of crime as well as 77 firearms and 1.5 tonnes of cocaine.

Read more about Encrochat and the investigation process on our article published on Al Jazeera: The EncroChat police hacking sets a dangerous precedent

How Can We Assist?

Our fraud and economic crime solicitors are experts in dealing with complex criminal investigations. We have extensive experience of successfully defending individuals and organisations accused of all manner of criminal offences, and work with some of the world’s leading digital forensic experts and barristers. We are currently exploring arguments about the way in which these police operations have been conducted and the admissibility of any evidence obtained.

If any of the issues raised in this article are relevant to you, or you have any questions about the use of an Encrophone, you should seek advice from an experienced team of solicitors immediately: Mohammed Sarwar Khan and Abbas Nawrozzadeh. Seeking advice early can make all the difference, and may circumvent the need for an arrest.

If you are arrested, what you say or do at the interview can determine the outcome of your case. Always exercise your right to have legal representation.