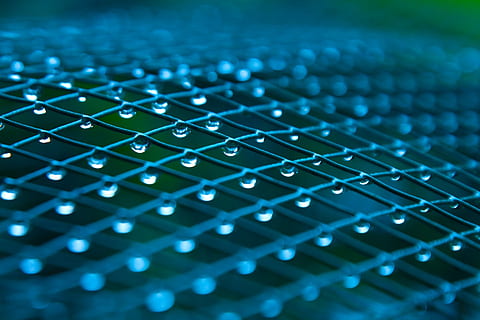 Urogynaecological mesh has been used to treat stress incontinence and pelvic organ prolapse; the aim of the mesh is to give permanent support to the weakened organs and to repair damaged tissue. Mesh implants were introduced in the early 2000s, however sufficient testing to ensure that the mesh was effected was not implemented, triggering a huge number of class action cases in the UK, USA and Australia.

In a number of cases, the complications due to mesh implants have been extremely serious. This includes mesh exposure and mesh erosion, causing adverse reactions which can be difficult to treat. In Scotland, four lead cases were brought by women who had suffered serious side effects from the implants made by Johnson and Johnson. However, just before reaching court the defendants agreed to pay an undisclosed sum to settle the action. This comes after to the pharmaceutical company paid millions of dollars in the US, including a settlement of $117m after 41 states and the District of Columbia claimed that the company had deceptively marketed its mesh products. Similarly, 1,350 Australian women won a claim against the pharmaceutical company.  More recently, the company were fined $344m for deceptive marketing to women in California.

In England and Wales two test cases against the company are on their way to the High Court. Several claims have been made against the NHS for negligence in failing to warn patients of the risks or to advise about alternative treatments, with hundreds more expected to follow.

Issues have been raised about informed consent in many of these cases. In the UK, the landmark case of Montgomery v Lanarkshire Health Board [2015] UKSC 11 drew new attention to informed consent. In this case, a woman with diabetes was not properly informed about the risks of childbirth with her condition, leading shoulder dystocia and resulting in her son being born with cerebral palsy. The claimant had raised concerns about the birth, but had not asked about the ‘exact risks’, which evidence later showed was 9-10% risk of dystocia when a diabetic woman gives birth via vagina delivery. She sued for negligence, arguing that had she known of the increased risk, she would have requested a Caesarean section. She was awarded over £5 million in damages and the Supreme Court established that doctors have a duty to take reasonable care to ensure that patients are aware of ‘material risks’ and they must disclose any risk to which a reasonable person in the patient’s position would attach significance, and of any reasonable alternative treatments.

It is likely that the cases in England and Wales will follow suit with those in the US, Australia and in Scotland. It is important for those undergoing procedures to understand the full meaning of consent and ask any questions they feel necessary regarding the procedure and its risks, to ensure that they have been provided with an informed choice.