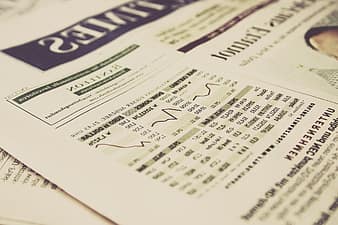 On 13 March 2020 the High Court decided that Gate Ventures PLC, a company specialising in media and entertainment investment previously chaired by Lord Grade, will enter into administration. The company’s management faced accusations of mismanagement and misapplication of monies which resulted in the company falling into serious financial difficulties. Eldwick Law represented a number of Chinese individuals with small shareholdings in their fight to uncover the truth.

Gate Ventures was founded in 2015 by the legendary British songwriter and composer Geoff Morrow whose compositions were performed by stars including Barry Mannilow and Elvis Presley. The company invested in start-ups, films and had backed stage-shows such as 42nd Street and Sunset Boulevard. Gate Ventures initially saw a surge in its share price of 55% when it debuted on the AIM market and was once backed by several prominent investment organisations.

However, the company’s fortunes were much changed by March 2020. It was alleged that Gate Ventures’ management had fallen into farce under the chairmanship of Jonny Hon, a prominent businessman based in Hong Kong. The court heard of how Mr Hon spent thousands of pounds of company money on lavish meals with foreign dignitaries, including President Obama’s press-secretary and Prince Albert of Monaco, as well as private tours of exclusive fashion houses. The court heard how Sarah Ferguson the Duchess of York, a one-time member of Gate Ventures’ board of directors, had rendered invoices of £200,000 for branding and marketing for her company ‘Ginger and Moss’ and had received £90,000 in loans from Gate Ventures which had yet to be repaid.

Lord Grade, another director and presiding chairman of Gate Ventures at the time proceedings came to court, presented the defence on behalf of the company’s management following the withdrawal of their lawyers for non-payment of legal fees. Lord Grade admitted that spending limits were not in place during the chairmanship of Mr Hon but asserted that he had presided over the emplacement of strict financial controls and that the company was close to being revived through a series of high-profile investments. However, the company’s defence ran into real difficulties when Lord Grade was unable to offer any answer to claims made by the Applicant’s lawyers that Gate Ventures inexplicably spent £1 million to buy shares in a dormant company with no assets, whose directors included members of the board of Gate Ventures, and had made a series of loans to other board members without the requisite shareholder approvals.

The court heard how Gate Ventures had posted losses of £19.5 million despite investments of approximately £24.5 million, some of which had come from an array of smaller investments made by individual Chinese consumers who had secured ‘Intervenor’ status and were represented by Eldwick Law. The company’s dire financial situation was compounded by the fact it owed £2.5 million to Chinese businessman and shareholder Zheng Youngxiong, who had launched the principal action after the company had proven itself unlikely to be able to repay him by the looming contractually-agreed deadline. Lawyers for the Applicant and the Intervenor expressed their disbelief that a company of once such significant assets could be reduced to being unable to pay its own accountants and lawyers, to which Lord Grade and his team of informal advisors had no substantive explanation.

No doubt Lord Grade had hoped to be able to replicate the defence mounted by the company earlier in the year, where the court had denied Mr Youngxiong’s application to place Gate Ventures into administration on the strength of the all-star cast of board members that included Lord Grade (former Director of Programmes at the BBC) and the Duchess of York among others. The judge highlighted on that occasion that he was willing to give the board a chance to enact a rescue plan they had presented to the court, but placed the company under an obligation to produce fortnightly financial reports to monitor its progress. But with neither the mandated reports or any of the envisioned investment having materialised by the hearing in March and with a number of high-profile resignations from the board, including the Duchess of York, and the withdrawal of the company’s lawyers – the situation looked bleak for Lord Grade and his team.

Attempts by Lord Grade to adjourn proceedings to seek alternative advice or to raise additional funds from creditors, who were said to be ‘waiting in the wings’, were robustly opposed by the applicants and ultimately refused by the court. Further attempts to place Gate Ventures into Members’ Voluntary Liquidation, a technical process whereby a company is liquidated and any remaining equity distributed to its creditors and shareholders, was similarly opposed and rejected. It was concluded that the company was in such dire financial straits that it was unlikely to survive the 21-day process without being wound up by its creditors and there was no guarantee of the process being approved by Gate Ventures’ shareholders in any event.

Ultimately the court held that Gate Ventures should be placed into administration to protect the interest of major creditors such as Mr Youngxiong and those of the smaller individual Chinese investors – many of whom had been induced into investing by dazzling roadshows and the extravagant social-media profile of Mr Jonny Hon. It is hoped that, by being placed in administration, Gate Ventures has a chance of returning to the profitable past it once knew and of producing the kinds of returns expected by its shareholders and creditors.