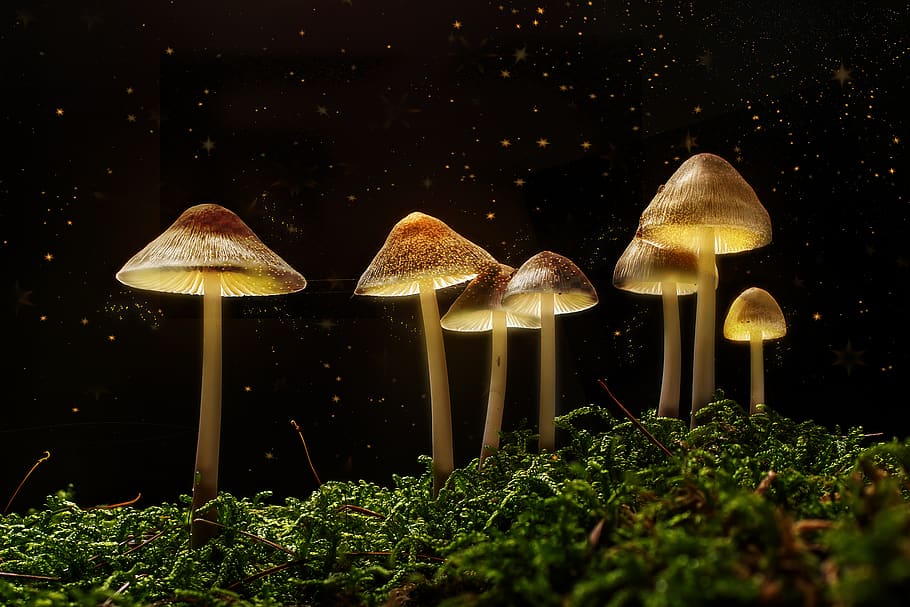 If work related stress, loneliness and financial debt have been slowly chipping away at our collective mental wellbeing, then the Covid-19 emergency has been like a sledgehammer. A recent report published in the International Journal of Medicine found that there is a high probability that suicide rates will increase to such an extent that they may become a significant public health issue in countries across the world even after the pandemic is over.

The greatest contributing factor to suicide is depression. It is a significant socio-economic and medical challenge in the UK – it costs the economy £10 billion annually. The most common medicinal treatments available for depression and anxiety include benzodiazepines and Selective Serotonin Reuptake Inhibitors (“SSRIs”), such as Prozac and Sertraline more commonly known as antidepressants. Aside from the many side effects associated with Benzos and SSRIs, a recent report titled ‘The Medicinal Use of Psilocybin’ – authored by leading doctors and researchers from King’s College, London and the University of Manchester (the “Report”) – explained how existing therapies for depression are not adequate for approximately 30% of patients and that 1.2 million British residents are estimated to be living with treatment-resistant depression.

The Report, as the title might suggest, advocated for the administration of psilocybin (more commonly known as ‘Magic Mushrooms’) as a potential solution to the problem of depression. Early phase trials have indicated that the use of psilocybin is likely to have lasting therapeutic benefits for those suffering from treatment-resistant depression, such as obsessive-compulsive disorder, substance misuse disorders, and end-of-life anxiety. So what’s to stop us from learning more about this potentially revolutionary substance?

Psilocybin is currently listed in Class A of the Misuse of Drugs Act 1971 and in Schedule 1 of the Misuse of Drugs Regulations 2001. That is the same class as crack cocaine and heroin, which means that those in possession may face up to 7 years in prison, an unlimited fine or both. Whatever your feelings might be about people being sent to prison for 7 years for possessing a mushroom, the Report concentrates on what the authors see as a more immediate issue: the Schedule 1 classification.

The Schedule 1 regulations present three major problems for those carrying out clinical research. Firstly, the license applications are extremely difficult, with researchers often waiting for months or years for approval, which has a significant impact on costs, particularly for smaller research projects. Secondly, the need to contract external pharmacies to ensure that the sites comply with the extremely strict security requirements, again increasing costs. Thirdly, the stigma associated with carrying out trials of a Schedule 1 drug. The introduction of the Report best describes how this stigma affects research projects:

“The burdens of Schedule 1 are well known in the research and commercial pharmaceutical communities; they prevent many studies from taking place – and substantially complicate those that do. Large-scale phase 3 trials are exceptionally difficult to undertake under Schedule 1 controls, yet they must be done to determine the efficacy of psilocybin for market authorisation as a medicine, which will further develop its commercial potential. Acting swiftly to review the controls on psilocybin is the single greatest contribution that the Government could make to support research in this area.”

This last sentence addresses the question of what can be done.

There is already a precedent for reclassifying a Schedule 1 substance. In November 2018 the Home Secretary – prompted by the cases of two children who had been denied access to cannabis oil to control their epileptic seizures – carried out a review of cannabis regulation. The result was that a new category of generally unlicensed cannabis-based products – called ‘cannabis-based product for medicinal use in humans’ (“CBPM”) – were created in order to allow CBPM to be prescribed as unlicensed medicines to patients with a special clinical need. Those special clinical needs are two types of epilepsy.

The Report argues that a similar “high-priority ACMD review into the access-restricted rescheduling of psilocybin under the Misuse of Drugs Regulations 2001” should be commissioned by the Home Secretary urgently, given that almost three times more people with depression or another mood disorder die from suicide than complications with epilepsy. The net result is that unless the Government takes urgent action, they could face similar pressure and high-profile cases as those involving the prescribed use of CBMS. The ongoing case of Charlie Hughes whose parents were given permission for judicial review by Mr Justice Holman in July this year reveals where the legalised use of psilocybin may be heading in the not too distant future.

View this article on Chambers And partners

Nima Zahed-Khorassani is Head of Corporate and Commercial at Eldwick Law and a passionate advocate for the use of psychedelic medicines for the treatment of mental health.